Homeopathy is a type of alternative medicine that involves the use of highly diluted drugs, which presumably cause symptoms in healthy people, similar to the symptoms of a patient’s illness.

Homeopathy as a separate direction in medicine and pharmacy originated 200 years ago, when it was discovered that the entire pharmaceutical base already exists in nature, it is enough to systematize everything and reinforce it with the results of observations. Samuel Hahnemann, the founder of classical homeopathy, was the first to set this task, which is purely scientific, even by modern standards.

It should be noted that he had not only research interest, but also a desire to improve the quality of medical care. After all, at that time, patients went with a prescription to a pharmacist or an ordinary grocer, who made a medication according to his own recipe, suitable (in his opinion) for the treatment of the disease identified by the doctor. Against this background, Hahnemann seemed to be revolutionary, because he believed that before selling the medicine to a specific patient or using it for treatment, it was necessary to conduct research on the drug on many patients, to reveal its effectiveness and safety.

In addition, Hahnemann had his own theory about the use of these other substances for medicinal purposes. He relied on the hypothesis that the use of substances that cause symptoms similar to the symptoms of a disease, leads to a cure since once in the body, they stimulate its natural forces to combat the disease. But many of the substances used could be toxic and could harm people, so Hahnemann had to devote most of his research to finding the minimum effective doses of a substance, developing the technology of their breeding, always ensuring the same and visible result.

How does it work?

The basis of the manufacture of homeopathic medicines is the use of small and sometimes infinitely small doses of the active substance in the form of diluted matrix infusions. This principle still raises doubts and criticism from those who are skeptical about homeopathy. Doctors and consumers often believe that homeopathy is not medicine, but rather psychology and philosophy, which means that these drugs can help only if the patient is confident in the effectiveness of such treatment. Members of the Minnesota Homeopathic Association are convinced: this is a chance for medicine and for patients to help the body, even in cases where traditional medicine is powerless.

Fortunately, homeopathy, as a medicine of “practice”, has now a very long history of practical application, which allows us to continue to use homeopathic preparations effectively and safely, simultaneously filling in the gaps in the scientific base.

In some countries, the approach to homeopathy is not serious yet, but not in France. Since 1965, homeopathy has been officially recognized and introduced into the French Pharmacopoeia (a collection of standards and regulations governing the requirements for the quality of medicines). Today, the French are increasingly seeking to apply preventive measures and not to wait for the aggravation of diseases, change diet, competently use dietary supplements, play sports and take safe medicines, preferably of natural origin. Is it a coincidence by chance that today the average life expectancy of women in this country is 84 years, men are about 80?

The manufacturers of natural medicines and homeopathy are inspired by this enthusiasm, and they are willing to invest more and more money in research and development of new formulas. The purpose of such investments is to restore the scientific base of homeopathic pharmacology using modern methods of study, in order not only to move to a qualitatively new level of preparations but also to dispel common misconceptions about homeopathy.

In an effort to satisfy the needs of people who are very demanding on the safety of drugs, another criterion that is equally important for them has to be taken into account: 64% of patients using homeopathy rely on effective treatment. And obviously, they are not disappointed: in France, the number of people using homeopathic medicines as a first aid to medical care increased to 62% in 2017.

Perhaps 200 years ago, homeopathy became widespread only because medical care was not sufficiently developed, but today it deservedly restores its own position.

Features of the treatment method

Homeopathy differs greatly from “official” medicine, using medium, and if necessary, large and very large doses of medicines (“allopathy”). Each of these two systems of treatment – allopathic and homeopathic – have their own advantages and disadvantages, and therefore both have the right to exist. They have one ultimate goal – to help a sick person. Moreover, if it is not possible to completely eliminate, eradicate the disease, it is very important to soften its symptoms, alleviate the suffering and discomfort in patients.

The great advantage of homeopathic treatment is that it does not give complications or any harmful effects on the body.

Doctors have noticed an amazing property of some homeopathic drugs – they correspond to certain types of people, with the characteristics of their physique and temperament, character and mental mood, manners to react to the disease.

In the pharmacy, you can find homeopathic preparations for internal use in the form of grains (granules) and liquids. For external use, you can buy tinctures (diluted with water before use), ointments and oils.

The main therapeutic indications for using the homeopathic method:

Treatment with homeopathic drugs is not so widespread today, but every day there is an increasing interest of many specialists and ordinary patients to this group of medicines.

It is proved that homeopathic medicines are not toxic, they have practically no contraindications and side effects. In addition, large and socially responsible manufacturers of homeopathic remedies guarantee the use of only proven, high-quality, environmentally friendly raw materials. 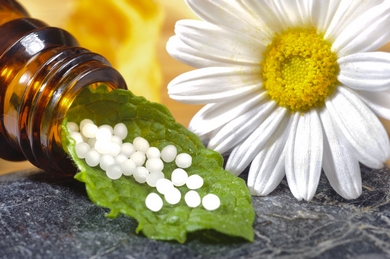